Amid renewed and extended lockdowns, some indicators suggest the housing market has been even more resilient to lockdowns in 2021 than through 2020.

But there is some suggestion not all pockets of the housing market remain robust.

Ms Owen has analysed the ways housing market performance has evolved through lockdown in 2021 compared with 2020.

Initial stage two restrictions in 2020 coincided with a drop in sales volumes nationally through April of 33.9 per cent.

This included a fall in Sydney sales of 36.7 per cent, and 40.3 per cent across Melbourne.

“The fall in sales was associated with transactions being harder to carry out amid restrictions, low levels of consumer confidence, and the level of employment falling by about 600,000 jobs through the same month, which may have disrupted intentions to purchase property,” Ms Owen said.

Ms Owen explained consumer sentiment was not dropping as drastically this year as it did during the start of the pandemic, but the smaller drops were lasting for longer periods.

March 2020 saw the lowest point of consumer confidence, dropping by 40.1 per cent. This occurred just after the 100th case of COVID-19 in Australia.

The second decline, which coincided with rising case numbers and renewed lockdowns across Melbourne, was a peak-to-trough fall of 11.3 per cent that lasted seven weeks.

Earlier this year, confidence was at similar levels to what it was pre-pandemic.

The current lockdown has so far seen a peak-to-trough fall in consumer sentiment that has lasted seven weeks, with a fall of 12.3 per cent.

“It is likely the hit of lockdowns to consumer sentiment has become ‘shallower’ given consumers now have more information about the economic impact of lockdowns, and importantly, the strong recovery trend that followed stage two restrictions last year,” Ms Owen said.

“Interestingly, the ANZ Roy Morgan index seems to have stabilised above 100, which indicates more people are providing favourable answers to questions around economic and financial conditions.”

While many states are currently in similar lockdown conditions to last year, other factors are much more conducive to property sales still taking place.

Through 2020, lockdown periods saw the accumulation of household savings (which skyrocketed to 21.6 per cent through the June 2020 quarter, and remains elevated).

The cash rate was set to a record low 0.1 per cent in November, and the average cost of debt has continued to decline.

Sydney lockdowns have also seen a much milder decline in employment levels, with the number of people employed falling 0.9 per cent across NSW over July 2021, as opposed to 5.9 per cent through April 2020.

Amid these factors, sales volumes have seen a far milder decline through lockdowns this time around.

However, the longer lockdowns are extended, the further sales volumes are likely to fall.

The fall in newly advertised stock has also been milder through 2021. For the week ending August 29, there were around 1350 new properties added to the market across Sydney.

This was about 23 per cent lower than the five year average prior to COVID-19, but the number has been climbing.

“Assuming new listing volumes continue to climb, this marks a peak-to-trough decline of 37.5 per cent of new listings added to market since the onset of the Sydney lockdown, compared to a peak to trough decline of 52.4 per cent through restrictions in early 2020,” Ms Owen said.

Auction results are diverging between Sydney and Melbourne

Since the week starting 28th of June, when a city-wide lockdown was in place, the auction clearance rate has averaged 75.9 per cent through to late August.

The volume of properties clearing at auction have averaged 474 per week, which is actually the highest average of weekly auction sales for the period since 2015.

Melbourne auctions have played out differently since the start of the sixth lockdown across the city. The final auction clearance rate has averaged 59.4 per cent so far through the current lockdown.

Importantly, the low clearance rate across Melbourne is largely due to the portion of properties being withdrawn from auction, amid a relatively high volume of auctions scheduled before lockdowns.

Auction volumes are set to drop week-on-week, with 1567 capital city homes currently scheduled to go under the hammer this week, down from 1960 over the previous week.

This time last year, 866 auctions were held across the combined capital cities.

There are 551 auctions scheduled in Melbourne this week, down 40.6 per cent from last week when 928 homes were taken to auction.

This time last year, auction activity was almost at a standstill with just 28 auctions held across the city.

However, Sydney is set to host 618 auctions this week, up from 592 over the previous week and 608 this time last year.

Thu Sep 2 , 2021
&#13 Irrespective of vociferous guidance to save two heritage homes on Sandbanks Provincial Park property, the province is not actively playing ball. A letter from the Ministry of the Natural environment, Conservation and Parks to the Preserve Heritage Sandbanks Homes team all but assures the demolition of the Hyatt and […] 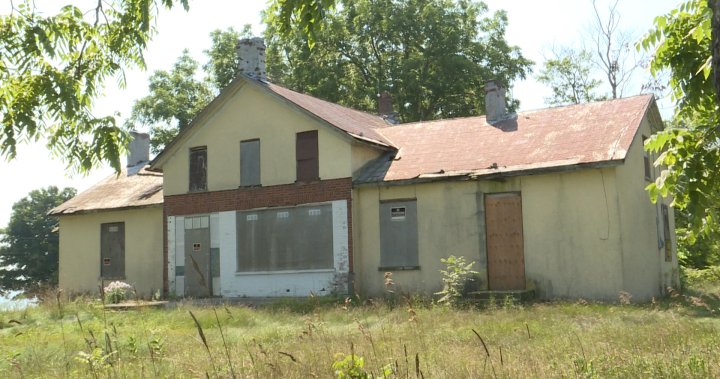