In less than two weeks, the City of Kelowna has received three applications for infill housing developments in some of the city’s core neighbourhoods.

The infill housing concept was introduced to Kelowna in 2016 as a way to add new units in existing neighbourhoods while limiting urban sprawl.

Kelowna’s RU-7 zone allows for two to four units to be built in areas close to existing amenities like schools, parks and transit.

The first application, from Lime Architecture Inc., was submitted on Mar. 25 and is requesting city staff to consider the form and character of a two-storey building on Martin Avenue.

The project would include four-units with three bedrooms each. The location, just off Gordon Drive, is close to the downtown area, transit, the growing brewery district and other shops and services.

A local builder submitted another application on Mar. 28 for the development of a four-unit building on Francis Avenue, near KGH.

The application indicates that each unit would have 2nd floor balconies, enclosed garages and four bedrooms.

The proposed development is close to the lake, the Pandosy shopping area and a couple of transit routes. 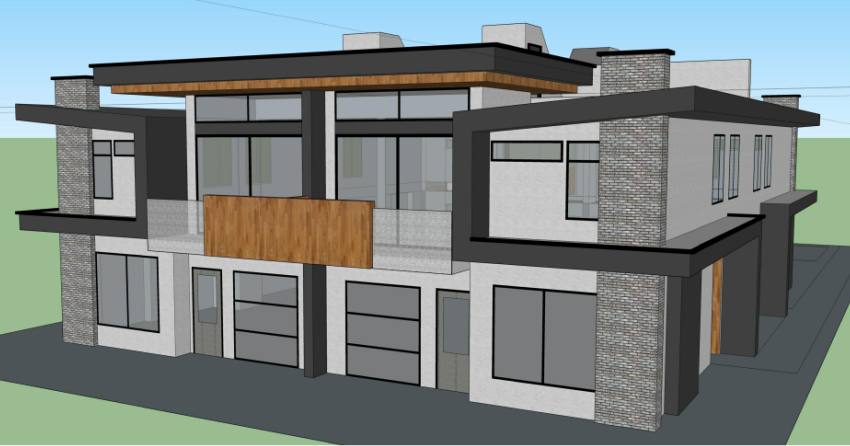 Lime Architecture Inc. submitted an application on April 4 for the development of two duplexes on Ethel Street.

This proposed two-storey project would have three bedrooms per unit.

This proposed project would be located in the central city area – a short distance from downtown, close to the amenities at the Capri Centre and close to the RapidBus route on Highway 97.

Lime Architecture Inc. has been involved with a number of infill housing projects since the concept was introduced five years ago.

Recently, the company has submitted applications for a proposed fourplex on Coronation Avenue, a two-building project with three units near Okanagan College and a proposed 32-unit development on Bernard Avenue.

These infill housing applications are being circulated at city hall. Development permits for the RU7 zone are dealt with at the city staff level and don’t go to city council. It usually takes two to three months to issue development and building permits. 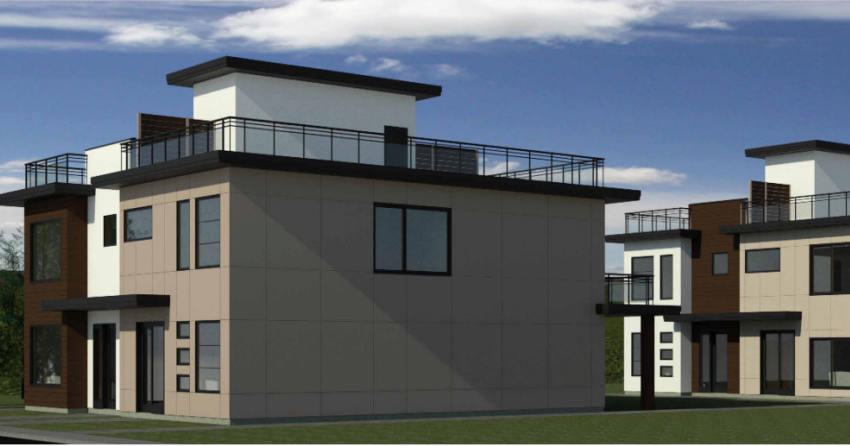 Support local journalism by clicking here to make a one-time contribution or by subscribing for a small monthly fee. We appreciate your consideration and any contribution you can provide.