When an apartment building collapsed just 25 minutes from his home, Ivory Artis was grappling with the potential loss of his own apartment in Miami.

As sea levels rise, prime beach real estate has been losing its cachet.

Developers have started looking inland, in marginalised communities like Ivory’s, to build luxury homes for the coastal elite.

This February, a California-based capital firm bought the three-storey building where Ivory has kept a one-bedroom apartment for over 16 years.

In May, the new manager notified the tenants they had 60 days to vacate the property. Two days later, he told them it was now 30.

Ivory, like the other tenants he knows, had been consistently making his payments on time.

The building was in need of repairs, but structural issues weren’t the reason the manager gave for pushing the residents out. In fact, the manager didn’t give a reason at all.

“We’re people. We’re not some pawn in a game. We are real human people, with feelings,” Ivory said.

“I’m not asking for a mansion. I’m just out of options.”

But for seven households, that sum seemed too small to cover the cost of packing up and the additional money they would need to pay for rent in the area. They had been paying $US550, but the going rate in the area has spiked in recent months to $US1,700.

Ivory can see dazzling ocean-view towers out his dusty windows, past the leak that makes his walk slick with algae, over the empty lots dotted with trash and feral chickens.

For the past decade, the gap between those sleek, shiny pockets and his own historically black neighbourhood has been slowly diminishing.

Across Miami, it’s reached a point where it’s starting to displace long-time residents, offering a preview of what could be a survival-of-the-wealthiest world as climate change advances.

Building collapse could be a sign of things to come

All around Miami, signs of climate change are visible to the naked eye.

Sea levels around the region are rising an average of 9 millimetres a year, according to analysis of federal data.

That’s triple the global average, leaving more than 120,000 properties at risk of being lost completely.

In the past two decades, so-called sunny day flooding has jumped more than 320 per cent, becoming such a common occurrence that residents can be seen paddleboarding down paved roads at high tide.

Much of the city is built on reclaimed wetlands and barrier islands, where engineers once chopped down protective mangroves and trucked in sand to cover over porous limestone.

Chloride ions, found in sea salt, are carried to the base of these structures by flowing water or humid hurricane winds. Chloride can eat through concrete, rusting metal bars and leaving a building’s foundation shaky.

It’s the kind of wear and tear that one can see walking through the city’s historic districts, where pastel-painted art deco buildings lend the city its raffish flair.

Just north of the city, in Surfside, a condominium (a name for the popular Miami housing model, where tenants own their individual apartments) collapsed suddenly in June, claiming 98 lives.

Investigations into the cause are still ongoing, but that hasn’t stopped much of the public from pointing to climate change, especially an old academic report showing that the ground beneath Champlain Towers was sinking.

Florida has some of America’s strictest building codes, but it’s also notoriously lax on regulation — there’s no statewide requirement to inspect buildings as they age.

Immediately following the collapse, officials called for buildings older than 40 years to be inspected for safety within 45 days.

That prompted another apartment tower to evacuate its residents immediately, leaving them 15 minutes to gather their belongings.

It signalled to the public that there was plenty to fear.

“[Climate change] is suddenly on the front of peoples’ minds again,” said Taylor Snider, who works with SMASH, a local non-profit that advocates for affordable housing.

“I’ve been in community spaces where people and leaders are willing to say, straight up, that this is climate change.

“And we’re starting to hear people say, ‘I don’t want to live on the coast anymore.'”

Vulnerable communities likely to be displaced

Gary Mormino, a University of South Florida professor who writes about the state’s history, says proximity to the water has always been a key selling point.

“There’s something about states with hundreds of miles of coastline, sunshine, palm trees, gentle winters,” he said.

“It all speaks to the promise of a better life.”

Miami is bordered on two sides by the ocean and on one side by the Everglades, America’s largest subtropical rainforest (aka: swamp).

Increased immigration in the last two decades was already squeezing the population of roughly 6 million, making Miami into the third least affordable city in the US.

And COVID-related unemployment isn’t helping the residents sustain that cost of living.

Roughly 16 per cent of Miami’s households are behind on rent, according to the New York Times. They owe, on average, $US4,800.

And the sites most attractive to big investors were once the least desirable. Miles away from the beaches, they offer a rare bit of elevation and protection from flooding.

“The two neighbourhoods that are most rapidly shifting also happen to be both historically black neighbourhoods. This is a racialised issue,” Zaina Alsous, a community organiser with the Worker’s Center, said.

“It’s not as if the land has magically shifted. These values are being assigned under the guise of a profit motive.

“We’re looking to market solutions to an issue that’s fundamentally about political will and political power.”

The region’s fastest-gentrifying neighbourhood is Little Haiti, where roughly 75 per cent of residents are black.

Forty-seven per cent of the neighbourhood’s 30,000 residents also live below the poverty line.

But Little Haiti sits 10 feet above sea level — a fact that was noted in an approved proposal for “Magic City”.

The new 18-acre residential district is starting to replace Little Haiti’s one- and two-storey businesses and rental units with 25-storey towers.

Already, home values in Little Haiti have increased by nearly 20 per cent.

For Little Haiti resident Linda Sippio, the thought of losing her neighbourhood brings to mind something once said by civil rights activist Frannie Lou Hamer.

One reason why Miami’s inland communities are predominantly black is that black residents were barred from most waterfront neighbourhoods altogether up until the 1960s.

Linda, who is 67, spent much of her childhood away from those communities, in the Miami housing projects known as “Liberty City”.

She watched as her white neighbours fled the suburbs during desegregation in the 1970s.

Her friends and family suffered the ravages of the crack cocaine epidemic in the 1980s. And black homeowners, herself included, fell prey to mortgage schemes during 2008’s foreclosure crisis.

Now her mother, who still lives near Liberty City, gets letters from dozens of developers asking if she wants to sell her house.

“Now all of a sudden they see [Liberty City] as prime land because there’s no sea level rise,” she said.

“They want to give her peanuts for it. Just crumbs. And even if she did sell, where would she go?

Linda says it feels like the next wave of “discrimination, prejudice and systemic racism” that’s going to crash over black communities across the US.

“One thing I’ve learned is that, when redevelopment happens, it’s not for you … there’s never been any sort of justice for these communities.”

Halting retreat from the shore may stave off displacement

One possible way to prevent displacement could be climate-proofing coastal dwellings.

But so far, the ideas produced by such endeavours are expensive and experimental, at best.

The highly respected Army Corps of Engineers, for example, suggested big concrete walls between neighbourhoods to blunt the elements. That didn’t go over well in a city known for style.

In the immediate wake of the collapse, those choosing to stay in their oceanfront condos are seeing their monthly fees skyrocket as associations scramble to make repairs.

Even knowing the consequences of not investing in maintenance, not everyone is reportedly on board.

“I think for many Floridians, the idea was that you could move into a condominium and never have to mow your grass again,” Dr Morimino said.

“If something goes wrong with the plumbing, the condominium board will take care of it.

Dr Mormino suspects that politicians will need to step up to handle the issue, which could cause headaches for the state’s fiercely anti-regulation Republican leaders.

She says increasing government inspections, though necessary for safety, could “give some affordable housing spots a pretense to evict tenants completely” if not done properly.

Like its climate, Miami’s social fabric will keep changing

This is the assumed cause for eviction, back in Overtown, at Ivory Artis’s building.

“This is the most affordable building around here,” Ivory said.

Mr Artis’s sister, who lives just a few blocks over, has offered to take him in until he can find another affordable spot, if he can at all.

Some of the others explored the possibility of leaving Miami entirely.

There’s reason to believe that option — abandoning a spot that once shimmered with the promise of a better life — may be a route taken by some high-income shore dwellers as well.

Half of the units in the Surfside building, for example, were owned by snowbirds — Americans who travel south during the winter and keep primary houses in other states.

Several told reporters they’re not planning to come back to the area.

Even if they did come back, the city wouldn’t quite be the same as when they left. A few of Ivory’s neighbours, residents who serve as the backbone of the labour market, will be priced out.

And the ocean visible through the condo windows will have risen just a little bit higher.

Tue Sep 14 , 2021
Industrial land has turn into the prime pick for commercial real estate buyers as people ever more count more on e-commerce for every little thing from groceries to clothes. Jeff McIntosh/The Globe and Mail Investment decision in Canadian commercial assets hit a document $14-billion in the second quarter, as purchases […] 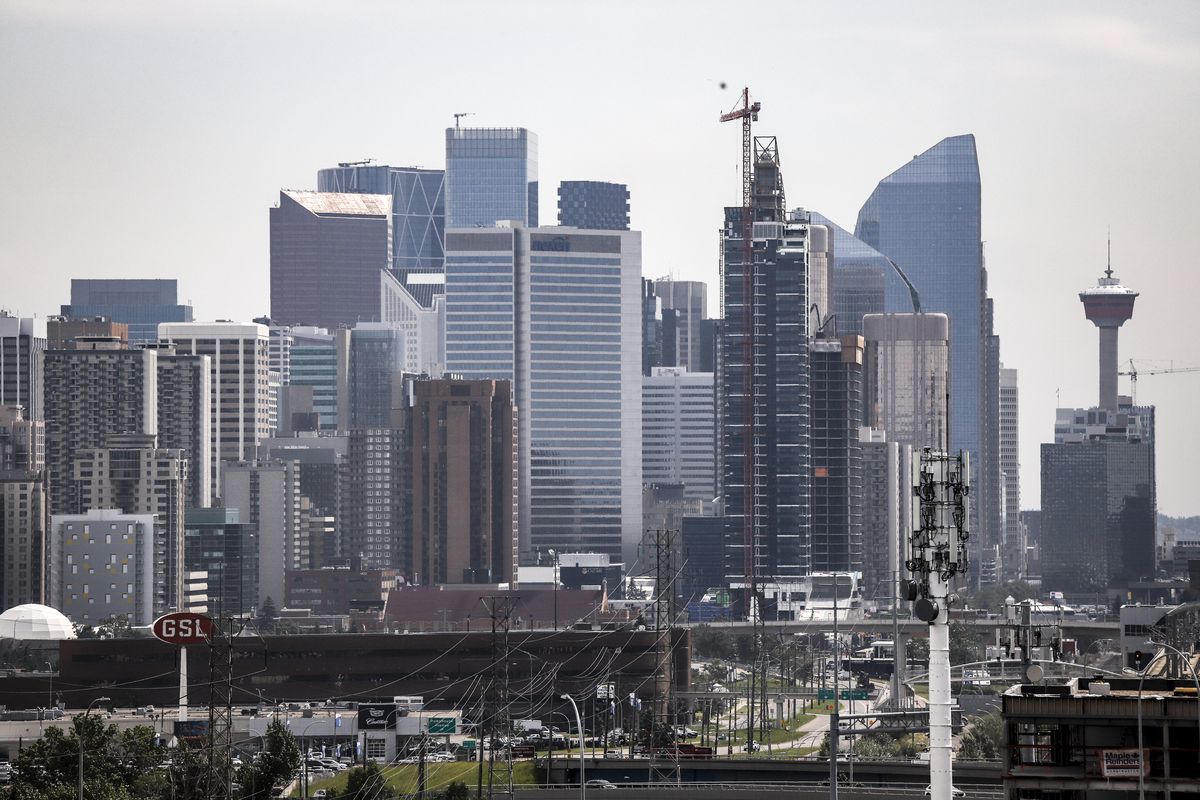